TIMETABLE
ONLY WITH GUIDED VISITS
Monday to Sunday: 11 am, 1 pm and 5 pm

* Note: Religious services, cultural events and group bookings can modify the timetable without prior warning. 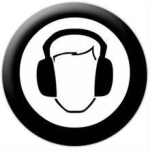 4.2 The Chapel of Our Lady of The Milk

4.4 The Chapel of Saint Clement

4.5 The Chapel of Notary Joan Alcala

It is a key monument talking about Valencian Gothic architecture and it was declared National Heritage in 1931. It includes elements of all the architectural styles since the 13th century to the end of the 18th century.